Just like the Spy vs Spy Variont, but the 20 is Blue, the Century is Green and Fox is Black. the News Corporation byline is in the "Brady Bunch" font. the base is pink, the other stuff is purple, blue, purple, dark green and light green, brown, and the searchlights are red.

Just like the Fannig the Flames varint, but the strucher is green, the searchlights

are black and, the other stuff is blue, and light blue.

Basicly a combation of Goodnight Moon and The Mobuis Bros varionts,  but    the 2nd block is pink and black the 3rd block is pink and purple, the  byline shades,  A News is Blue, the Corporation is green, and Company is black, and the searclights are white

Basicly a combanation with Down with Love, High Anxiety, and Hooneymoon in Hawaii varints, but the 20th is blue, the Century is orange, Fox is black, and the strucher is res, the searchlights are red, orange, and blue. the front serchlights are red orange and blue, and the 2nd front saerchligt is half brown, and half black, the News Corporation byline is yellow and its in "Full House" font. 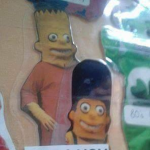 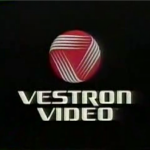