Background: Argosy Communications, Co. was founded in December 2015 when Creativity and Blake merged. In January 2016, they acquired KBCharge for US$5M. Shortly after, they acquired DinosaurGuy from Disney for 3 million dollars to get their distribution rights back.

Logo: On a black background, an outline of the Big A logo zooms out, leaving a smoky trail behind it. The trail and "Big A" outline splits into three. The smoky trails get sucked into the logo, which stops in the top center of the screen. The "Big A" logo is a crystallized. Then, Aaron the Cat and the letters in the words "ARGOSY COMMUNICATIONS" appear on-by-one below the Big A. A blue line starts in the center of the company name and splits into two, one line going towards the top of the screen, and one towards the bottom. The lines wipe the screen and bring forth either the Argosy Media "Classic Aaron", the Colour Cookie "DanWarp Cookie", or another subsidiary logo. The Big A logo and Aaron zooms towards the viewer as this happens.

Music/Sounds: A synth chord seguing into some whooshing sounds combined with a drum-beat, followed by a synth trumpet fanfare, and then Aaron saying "Best known for it's purr-fect TV shows, TV movies, high quality, and me, Aaron, it's the one and only, Argosy Communications!" and a metallic hit at the end (which is not present on the early variant).

Availability: Common. Seen in all prints by the company's subsidiaries from December 2015 to April 2017.

Logo: The logo takes place in a video-wall. It starts out with a blurry dark background of boxes. We zoom out and pan in front of a box outlined in white. On the top of the screen, are the words "ARGOSY", outlined in white. We start to zoom out, and the words and the box leave a smoky trail behind them. The trail and the outline of the box and words split into three. As this happens, the background begins to light up, revealing it to be gray, with the boxes showing clips from Argosy Communications TV shows and movies (the boxes flicker clip after clip and still have grey sides). The smoky trails get sucked into the logo, which stops in the top center of the screen. Finally, the words light up in white and the box moves up, splitting into two, with Aaron the Argosy Cat on the left (2013 version, without the "argosy media" text or byline) and the Colour Cookie on the right (2010 version with retouched cookie, without the company name or "DANWARP" text). From below the splitting box comes the KBCharge battery (2010 version). When the boxes and battery assume their positions, a flash appears from underneath the logo, and the light dies down to reveal the words "Communications" below everything else. Then, the logo flashes to the same result, but on dark blue gradient background. After 3 seconds, Aaron says "Best known for it's purr-fect TV shows, TV movies, high quality, and me, Aaron, it's the one and only, Argosy Communications!", and then a white dot appears in the center of the screen and the logo zooms towards us as the dot turns into a white box outline. The box zooms towards us and brings forth either the Argosy Media "Classic Aaron", the Colour Cookie "DanWarp Cookie", the KBCharge battery, the DinosaurGuy Minneapolis skyline, or another subsidiary logo.

FX/SFX: Incredible CGI, not to mention that they also retouched Aaron, the cookie, and the battery.

Music/Sounds: A rearranged and extended version of the Argosy Media theme, with stronger drumbeat and string section, clocking in at 12 seconds. For the television variant, it's a shortened version of the normal theme, with 0:00-0:01 of the theme leading up to 0:10 of the theme, minus the string section. On the Blu-ray version, the movie theme plays, with some wind sounds and a sparkle during the flash.

Availability: Very common. Seen on every Argosy Communications movie and show from April 2017 to the present. May also plaster some past logos on Argosy/Colour Cookie/KBCharge/DinosaurGuy shows. The still variant can be also seen on 2019 reruns of Ed, Edd n Eddy on Cartoon Network UK.

Editor’s Note: Using the inspiration from the Columbia-Tristar Boxes of Boredom, the 2000 LWT video wall logo, the previous Argosy Communications and the MGM/UA Communications Co. logo is really worth the effort! 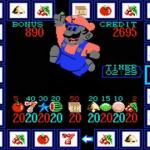 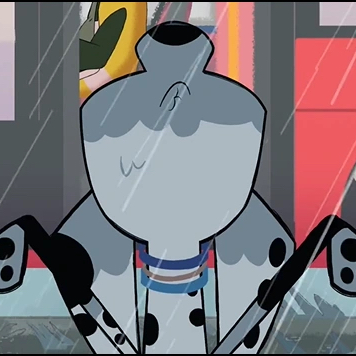