background:when chad lines was 17 he started doing cartoons and live-action (1882) he started giving cheesey ideas to his dad and got married (december 12 1885) nine months later boy and girl twins are broth to the world (1886) he stopped doing good creations (est. 1893) 2 years later (1895) his mom died 4 years later (1899) him dad died he feels so sad 2 day later him,his wife and his kids moved in to london (1900) he found there is stuff that he does back then thus,lines studios was born

logo:on a black background we see a line then a photo in black and white zooming in when it's the right size the line turn into the text "line studios"

FX/SFX:the zooming and the text

logo:on a white black ground we see 5 black lines then they from into the text lines studios

FX/SFX:the logo is made by banno film studio

logo:we see two gray lines then they zoom out next the 3 line side in on the right side "lines" is showed on the top and "studios" is show under "lines" 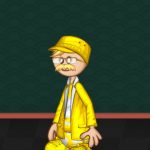