Logo: On a black background, We watch the Picture of Vivendi Logo.

Variant: The Word "HOME MEDIA DISTRIBUTION" was from the above of Vivendi Logo.

Logo: We see a V flying in the screen around which a circle part is circulating. It then puts itself around the V, with the two spots in between the V keeping open. Then the word "Ventura" is set below the logo while light is shining and the word distribution flies in while a flash appears.

FX/SFX: TBA. Not too shabby CGI animation from the 1990s.

Availability: Extremely rare, probably on certain releases from them in the 1990s. But don't expect this to appear on Viz Video releases in the 2000s. 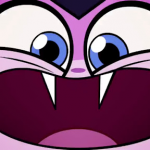